Full Name
Kevin Hunt
Job Title
Professional Speaker
Company
Your Voice Your Reason Podcast
Speaker Bio
Kevin Hunt Sr. is a native of Little Rock Arkansas. He is the son of a very strong mother and father and was influenced by his grandmother and great grandmother. He is also the proud father of one son, Kevin Hunt Jr. and the husband of the love of his life, Maggie F. Hunt.
Kevin Hunt Sr. dropped out of school in junior high. His life went into a downward spiral for many years afterwards. Unable to support himself due to his lack of education, Kevin relied on his family for their financial support.
In 2001, he made a decision that would be the catalyst for changing his entire life, he enrolled in Shorter College GED program. After earning his GED in 2001, Kevin courageously enrolled in Philander Smith College in 2002, where he not only received a Business Degree in 2006, but also graduated with honors. He went on to receive a master’s degree in December of 2015 from Webster’s University.
Kevin published a book titled - Why Me God? “Because I Ordained Your Steps” which was released in March 2018. Following that, He started a company called “Lessons Learned” and founded a nonprofit organization called “Inspiring Other People”.
He serves on the board for Arkansas Coalition of Juvenile Justice and the Watershed Inc. The World First Social Hospital for his Mentor and Spiritual Father Rev. Hezekiah Stewart.
Speaking At
My Story - From Despair To Hope 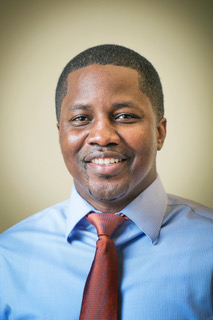